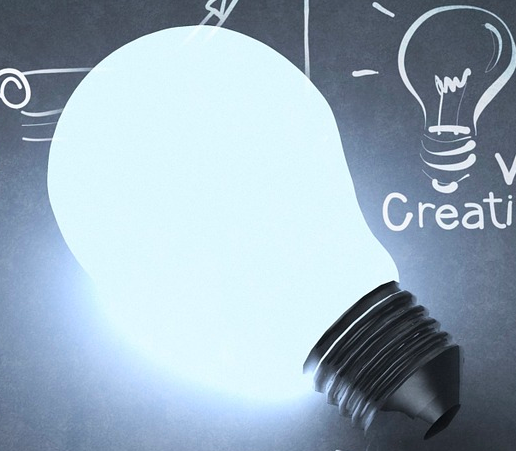 The design-based research (DBR) paradigm is deemed to be the most exciting evolution in educational research methodologies in recent years. Its pragmatic and iterative approach bridges the chasm between research and practice in providing solutions to complex education problems and contributing to the body of knowledge.

Wang and Hannafin (2005) captured the critical characteristics of DBR as follows:

a systematic but flexible methodology aimed to improve educational practices through iterative analysis, design, development, and implementation, based on collaboration among researchers and practitioners in real-world settings, and leading to contextually-sensitive design principles and theories (p. 6)

Watch this video for a brief explanation of this approach.

Dr. Alan Amory, Saide’s Project lead of the Siyaphumelela programme can attest to these attributes having employed a design-based research approach in his 2006 study on tool-mediated authentic learning project while lecturing at the University of Johannesburg. In this study he aimed to infuse the use of technology into the curriculum of an Ed Tech Honours Course whilst at the same time investigating the transformational power of information communication technologies (ICTs) that support learning through the design of authentic tasks. Here he describes the various iterative redesign phases that yielded important design principles as captured below: 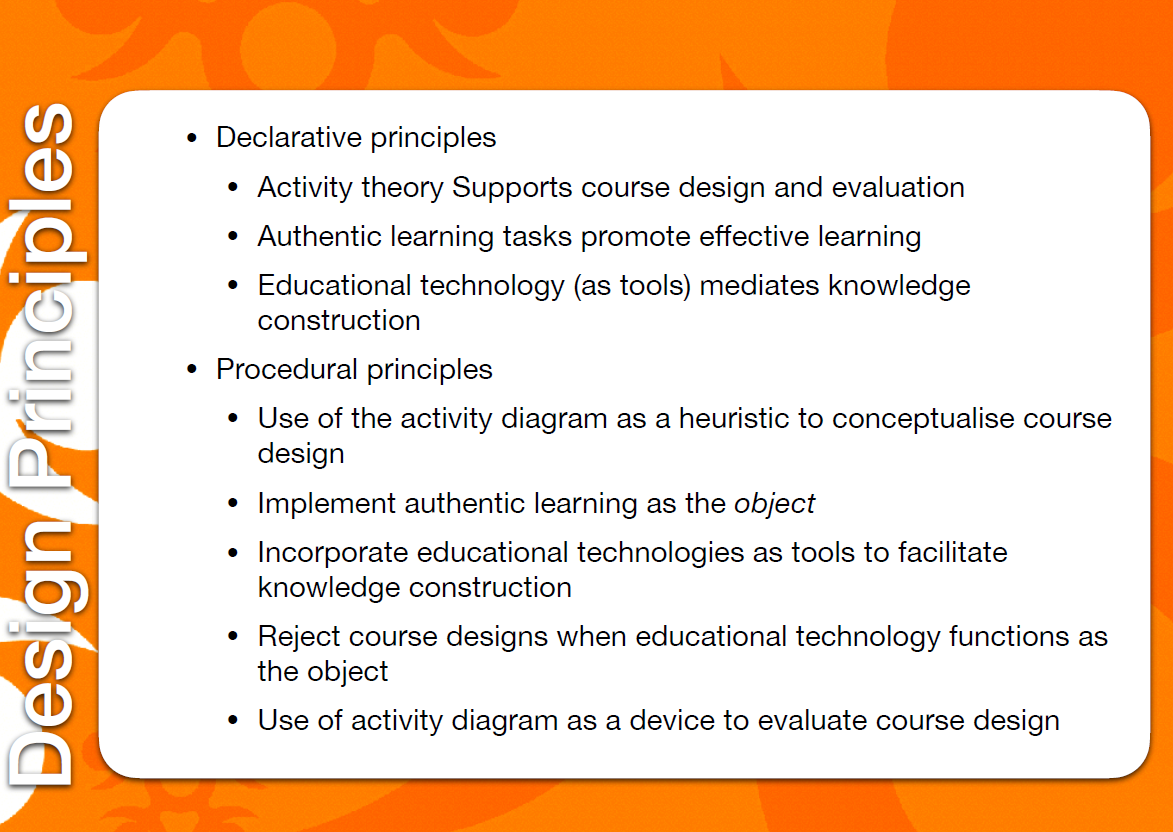 As a keen advocate of this approach, Alan leads the design-based research workshop sessions which are part of the Siyaphumelela services stream. The first workshop, was held virtually on the 19th August 2021.

Attended by 47 participants, the workshop introduced participants to the concept of DBR, its use, methodologies and practice. The workshop aimed to equip participants with knowledge about this iterative research process by providing an opportunity for them to identify a problem and to design a process to find solutions.

The workshop kicked off with a brief outline of the different categories of research after which participants were polled on their own familiarity of various types and methods of research as well as their preferred research paradigms. The results of the poll are shown below. 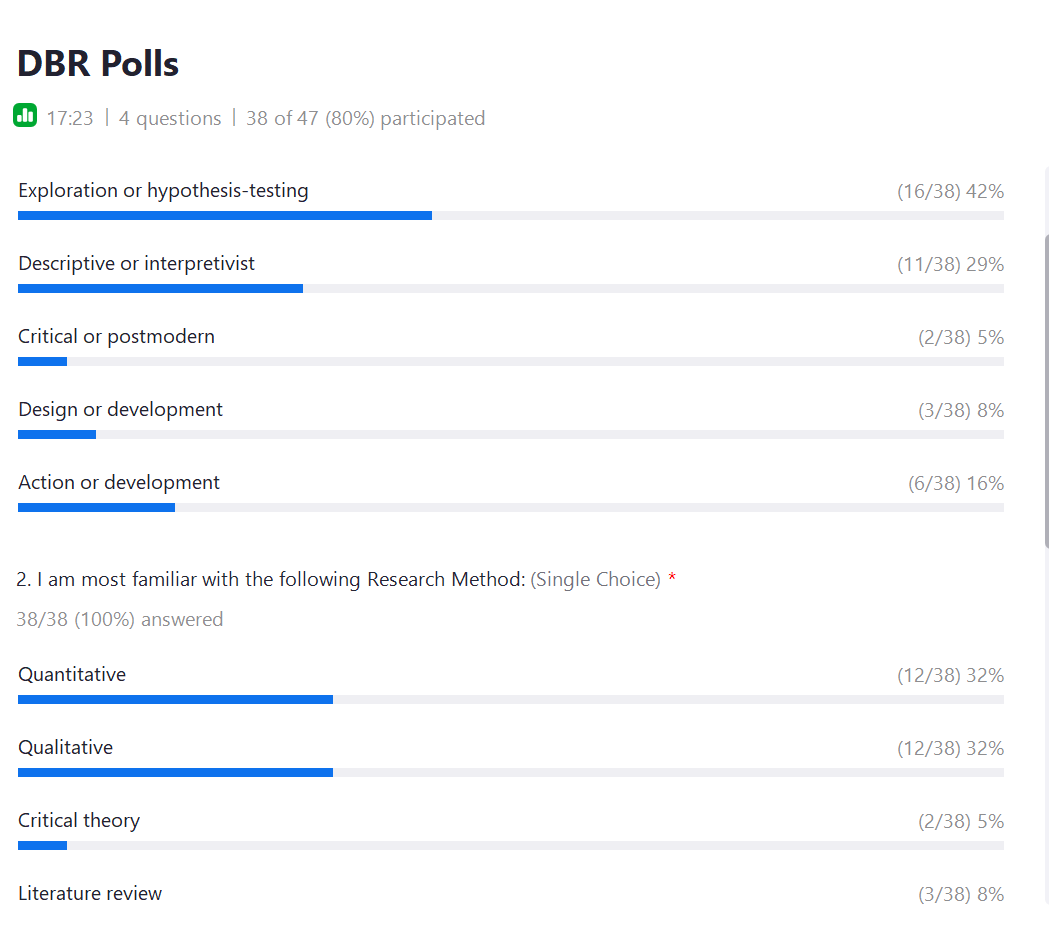 According to Dr. Amory the polling results generally demonstrated that most participants selected empirical research as an important approach to educational research. This echoed a similar trend evidenced in the study conducted by Reeves and OH study in 2016. The study sought to analyze the research goals and methods used in Educational Technology Research and Development journal articles in the period 2009-2014 with the results depicted as follows in the slide copied below.

Given the many challenges experinced in higher education, these findings signaled a need for the adoption of a more pragmatic research methodolgy in the education sector – one that can be applied in its approach as well as being theoretical and not just focused on hypothesis testing. Citing the works of Reeves and others, Alan posits that hypothesis testing is not appropriate for yielding insights that support improvement of educational practices. According to the cited studies, most education research appeared wanting in its consideration for use in practice and contributed little to the quest for understanding the nature of problems and how best to address them.

The significance of case studies in educational research also came under scrutiny in light of their questionable contribution to significant theoretical insights.

Hence the spotlight on DBR with its promise of addressing the gaps that exist between application and theory and which are often the only end product of case studies and of the empirical research paradigm of hypothesis testing. In the workshop, Amory demonstrated how the DBR approach could provided a dual focus on theory as well as a pragmatic solution as it progresses through several cycles of refinement. The analysis-exploration, design-construction, and evaluation-reflection phases of DBR serve to develop and/or improve on a solution to solve a particular problem or a number of related problems. This process of iterative engagements occurs whilst also contributing to the body of knowledge and theoretical understanding of educational practise and can hence generate important design principles. He juxtaposed this to the hypothesis testing paradigm which typically often only renders a theoretical output as depicted in the slide copied below.